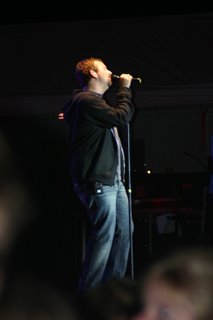 Okay..I know this concert festival was Labor Day weekend, but I'm just now getting the pics off my camera. For those of you that might not know, LifeLight is a FREE Christian Festival held here in Sioux Falls, SD. It's been going on for at least five years and has gotten many of the biggest names in Christian music, all genres! It is held over the Labor Day weekend, Friday thru Sunday. So, after the first night of concert fun not happening because of the huge amount of rain that turned the parking lot into a mud wrestler's dream, the clouds cleared on the second day and I was able to see Jeremy Camp and one of my all time favorite groups, Casting Crowns. 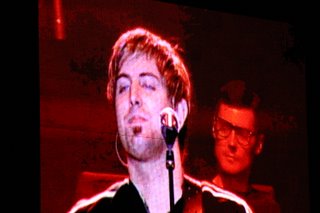 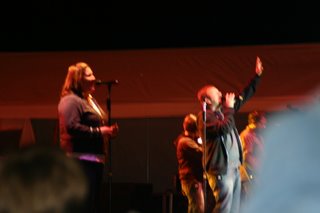 There concert was as good as it was two years ago. I didn't end up talking with them in person this time (cause it was just way too much MA FAN!!) but I had a blast with the group from my sunday school class. 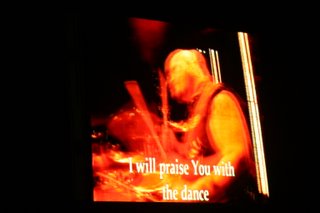 I love hanging out with friends and acting like we are still in college! ha!
The last day of the Festival, had Remedy Drive (a some what local band from Lincoln, NE), Kutless and Newsboys. Remedy Drive (previously known as "Remedy") is as good as ever. Kutless was a little tame since the lead singer had had shoulder surgery recently. The boy's from down under of Newsboys put on a good concert per usual.
Posted by Lamont Hunt at 2:58 PM No comments: